The best non alcoholic beer depends on the person and on the occasion. Rather than just rate each beer, I'll provide my perspective on each non alcoholic beer brand using my experience with dealcoholisation technologies and by focusing on three vantage points:

I'll step through five non alcoholic beers on the market - starting with lagers. Let me know - by commenting below - what others you would like reviewed! Production method: Clausthaler is made by stopping fermentation before too much alcohol is produced, aka arrested fermentation. There is a sweet character that wouldn't be there in a fully fermented beer, and the fresh beer aroma is suppressed, but Clausthaler does a nice job of delivering hop flavor and bitterness.

Occasion: You'll enjoy Clausthaler if you like some bitterness. It's also quite drinkable and I've had 2-3 on the same evening on many occasions. Style: Coors Edge is lighter on taste than Clausthaler - certainly on hops - and it has a strong fruity aroma. It reminds me a little of the banana esters of a Coors Banquet, but I don't find the aroma as natural or beer-like.

Production method: The jury is out on how Coors Edge is made. The website's has a reference to being "double brewed" and I don't know what that means. I don't taste the typical byproducts of arrested fermentation, but there is also little beer character from a traditional fermentation - apart from the fruity aroma that stands out.

Occasion: Even though it's light, I find hard to finish a bottle of Coors Edge. I am curious whether there are drinkers out there who feel otherwise. Style: Point 5 is on the classic end of the lager scale and is light on hops. The taste is grain-forward and there is little to no aftertaste, making it easy to drink one, two, three or more.

Production Method: Point 5 is brewed as a fully fermented lager and then has alcohol precisely removed using Revos - a proprietary membrane process (think a sieve) that lets alcohol through and holds flavors back.

Occasion: Making a non alcoholic beer that replicates a light lager taste is not easy - because lagers are so delicate. Point 5 is the wrong choice if you want something hoppy or strong on taste, but for someone like me who wants a lager taste, Point 5 is a very close match. Style: Heineken 00 is lighter on hops than Clausthaler but more hoppy and bitter than Coors Edge. Heineken make it clear that their 00 is not intended to taste like Heineken, and when you compare 00 and Heineken side by side, that's what you find - although in bitterness I find them similar.

Production method: This a 0.0% beer and I measured it at ~0.02% alcohol. The only way you can get that low is through evaporation, which also strips out beer flavor. To make this work, flavorings are added back afterwards making it hard to hit a true beer taste, although I think Heineken do this quite well on this front.

Occasion: Heineken 00 is not a perfect match to beer, but is drinkable and nice if you like a little bit of bitterness in your non alcoholic beer. 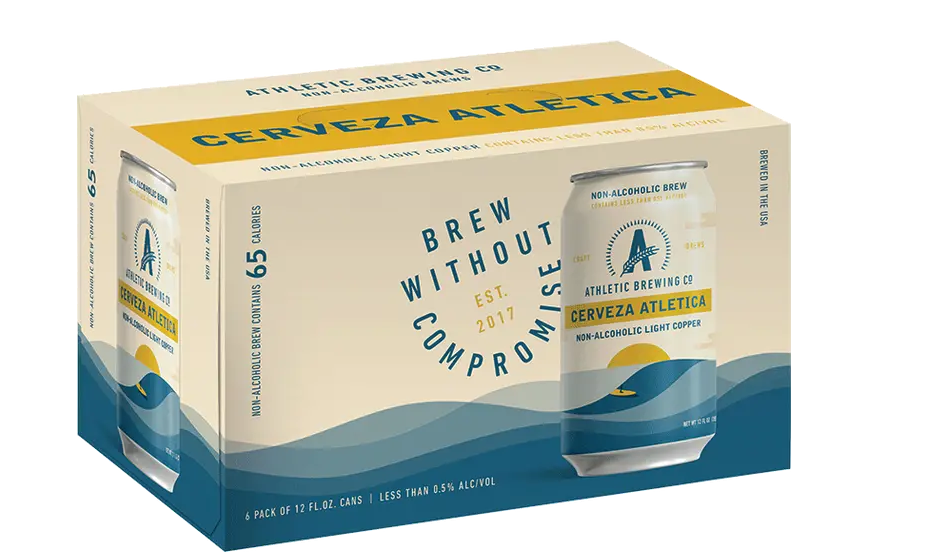 Style: Cerveza Athletica is on the craft end of the scale, although this lager is certainly not intended to be bitter like Athletic's IPA. I find this NA beer the fullest on body of those compared, although it's not the same body as a traditionally fermented beer.

Production Method: This one is made by adjusting the brewing process to reduce the production of alcohol, aka arrested fermentation. There is a set of flavors in the background that aren't found in a fully fermented beer, but Athletic do a good job on the hops front.