Most beer drinkers have enjoyed a pint or two of a German beer.

Whether it be a Weissbier, Kolsch, or Marzen, German beers are ubiquitous throughout bars and liquor stores in the United States. Germany has produced a wide variety of beer styles for over a thousand years, and more recently has seen large growth in consumption of non alcoholic beer. In 2019, 11.2 million Germans consumed non alcoholic beer during the calendar year. We tried four popular German non-alcoholic beers -- Becks, Erdinger, Clausterhauler Dry-hopped, and Weihenstephaner --- and reviewed them based on style, flavor, and production method.

Becks is a staple on the non alcoholic shelf in most liquor stores in the United States. The non alcoholic lager is bottom fermented and follows the Reinheitsgebot, as usual for beers produced in Germany. Based on the flavor profile, we expect it is made with arrested fermentation, a process by which the beer is brewed under conditions that don’t allow it to produce much alcohol. The flavor is slightly sweet, slightly hoppy, and similar to Clausthauler.

Erdinger is an ale brewed in the Weissbier style from a combination of wheat and barley. Because of its rich flavor profile, it is an excellent beer to make an NA version of; dealcoholization often removes key aroma compounds from beers and this Weissbier will still have complex aromas after the alcohol is removed. Although we couldn’t find any information from the brewer on the production method used, we expect Erdinger is dealcoholized in an evaporation process (it tastes slightly caramelized!). This is a great option if you are looking for a flavorful, but not too hoppy, German beer.

Clausthaler dry-hopped is similar to the original, but, as the name suggests, dry-hopped, meaning that the hops are added in later in the brewing process. Dry-hopped beers, such as most IPAs, tend to be less bitter and have a fresher hop flavor. Clausthaler is made using arrested fermentation, and therefore has some remaining sweetness and slightly warty flavor. It has a similar body and mouthfeel to the original.

Weihenstephaner is a wheat beer that is dealcoholized with either evaporation or reverse osmosis. At first taste, you may pick up the banana character of the iso-amyl compounds in the beer. The flavor profile is true to the weissbier style, and the beer is quite drinkable. 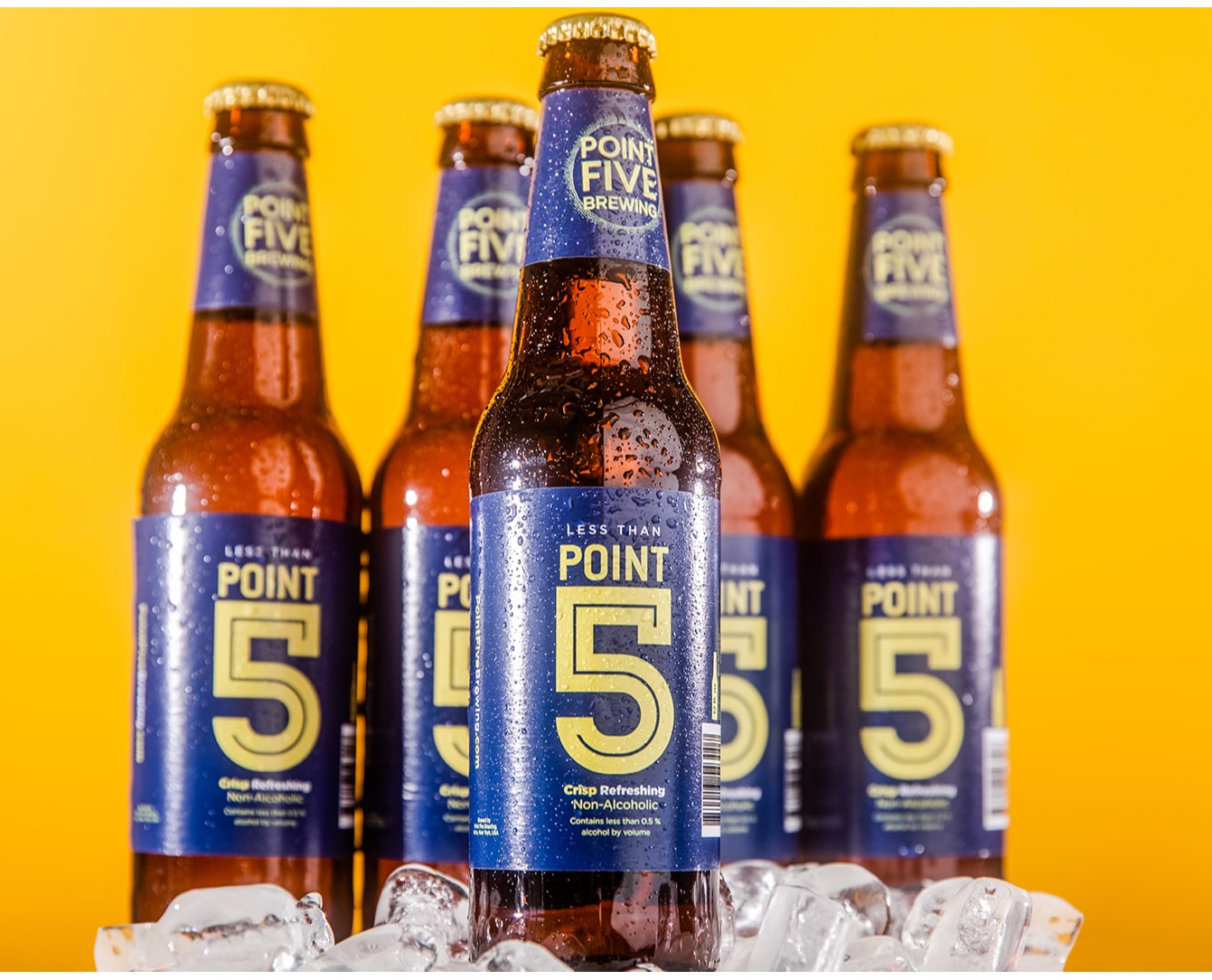 Although not a German beer, we included Point 5 because of its authenticity to the Pilsner style, which comes from the Bavarian region. Pilsner lagers are one of the most popular styles in the United States to come from the Bavarian region. Originating in the city of Pilsen - which is now within the borders of the Czech Republic, pilsners were first brewed in 1839 using pale malts rather than the more typical dark malts.

The cold fermented style was quite different from the warm fermented styles commonly brewed at that time and the lighter, crisp variety became popular quite quickly. Pilsners are pale in color, brewed with Saaz hops, and use soft water to create a distinctive appearance and flavor profile.

Pilsners today are still quite similar to the original pilsner brewed in 1839, although they do vary regionally. American pilsners are often brewed as adjunct lagers, meaning they use alternative grains such as corn or rice along with malted barley. They tend to be less bitter and have a more balanced flavor.

Point 5 is made from a traditional, American pilsner and retains the key flavor profile and drinkability that characterizes the style. Because of its flavor match to an alcoholic lager, it is the best option if you are looking for a refreshing, German-style non alcoholic beer.

Which German NA beers have you tried? Which is your favorite? Let us know in the comments below!